Standardized Education includes those approaches to schooling that emphasize common programs of study, age-based grade levels, and uniform performance outcomes. The movement drew much of its inspiration and content from ancient traditions and religion, but its main influences have been industry and the physical sciences.

Nativism asserts that personal knowledge, understanding, and ability are innate rather than acquired or developed. It is rooted in Plato’s “Innatism,” which asserted that one cannot learn what one did not previously know. Hence, all learning is merely remembering or recalling. Nativism embraces the same notion, but frames it in terms of genetics and psychology, arguing that beliefs and knowledge are programmed into minds.

Humanity is a teaching species and, consequently, there may have been as many distinct enactments of education as there have been definable cultures. For our purposes on this site, we are most interested in the immediate precursors to the public schooling, including the ancient Greek academy, the medieval university, and the early parochial school. These institutions were united in their emphasis on order and their commitment to Truth. For the most part, order and Truth were framed in opposition to (or as remedies for) popular beliefs about the natural, which was understood anarchical and tending toward corruption. In terms of defining metaphor, education came to be overwhelmingly about clear direction and the “straight and narrow,” avoiding deviations and deflections (i.e., anything off the line). Relevant constructs and instantiations include: 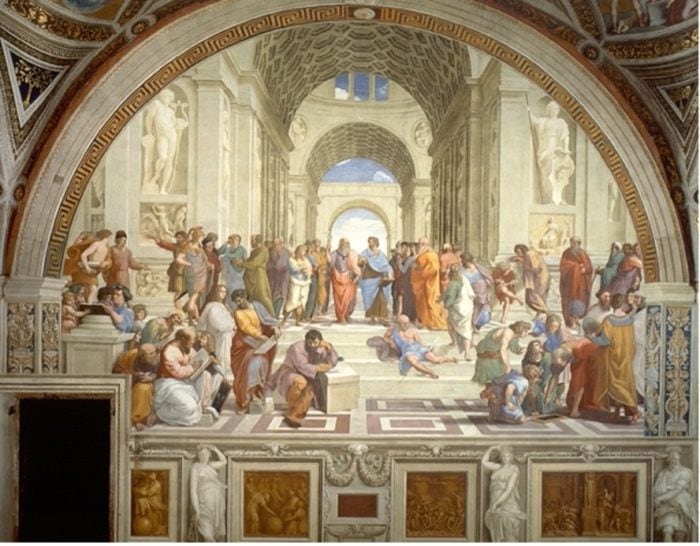 In the first millennium BCE, across southern Asia, northern Africa, and southern Europe, there was a trans-societal turn – away from pervasive tribalism and warfare toward an ethos of diplomacy and wisdom. Two especially prominent trends emerged. In India, China, and other parts of eastern Eurasia (led by thinkers such as Confucius, Mencius, Buddha, and Lao-Tzu), these trends were oriented toward better understanding the complex unity of being: In contrast, in Greece, Israel, and other regions of western Eurasia (led by such thinkers as Plato, Pythagoras, Isaiah, and Jeremiah), the trends were defined by assumed separations of the real from ideal, earthly from heavenly, physical from mental, and so on. Such assumptions came to infuse the rationales, foci, and structures of the precursors to modern schooling. To that point, some temporal distinctions are useful here:

The line segment, which calls to mind notions of …

Please cite this article as:
Davis, B., & Francis, K. (2023). “Premodern Formal Education” in Discourses on Learning in Education. https://learningdiscourses.com.