Reductionism embraces the premise that a phenomenon can be fully understood in terms of either simpler phenomena or as the sum of its parts.

The study of human society

Agents forming a unified whole in their interactions, relationships, or dependencies

As might be inferred from the list of alternative titles at the top of this page, we have collected a range of interconnected field and theories under the umbrella of Complex Systems Research. A complex system comprises a group of agents that forms a unified whole in their interactions, relationships, or dependencies. The emergent behavior of that grander unity is transcendent; it exceeds the possibilities of any agents on their own, and it cannot be predicted on the basis of the rules governing those agents. In this regard, critical notions include: In addition to Self-Organization, definitions and descriptions of complex systems revolve around such terms as emergent, adaptive, nonlinear, irreducible, noncompressible, non-decomposable, multi-level, context-sensitive, and adaptive. Common, but not universal features of complex systems include having a memory, structurally coupling with other systems, and being nested in grander systems. A sense of the variety of these systems might be gleaned from the graphic below (created by Hiroki Sayama, Collective Dynamics of Complex Systems (CoCo) Research Group). 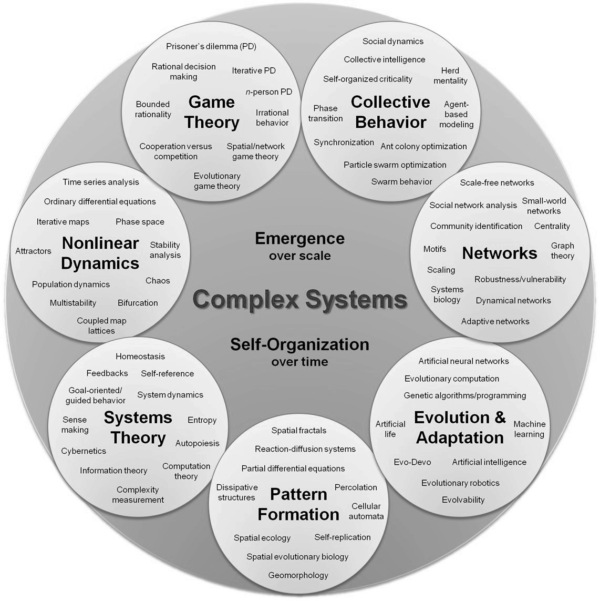 Beyond those listed in the above graphic, associated constructs and discourses include: 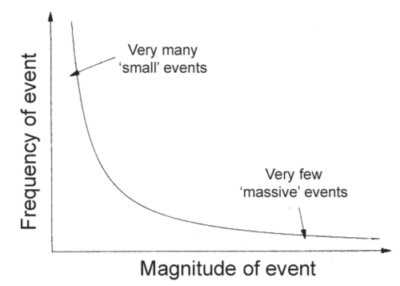 There is a piece of common wisdom that floating around the sciences that John Barrow summarized as follows: “Arguments against new ideas generally pass through three distinct stages, from, ‘It’s not true,’ to, ‘Well, it may be true, but it’s not important,’ to, ‘It’s true and it’s important, but it’s not new – we knew it all along.’ That pretty much sums up commentaries on Complex Systems Research. All three categories of criticism can be found in contemporary discourses.

With regard to the concerns and foci of education, Complex Systems Research might be described as offering a meta-theory of learning – as the graphic below is intended to suggest. 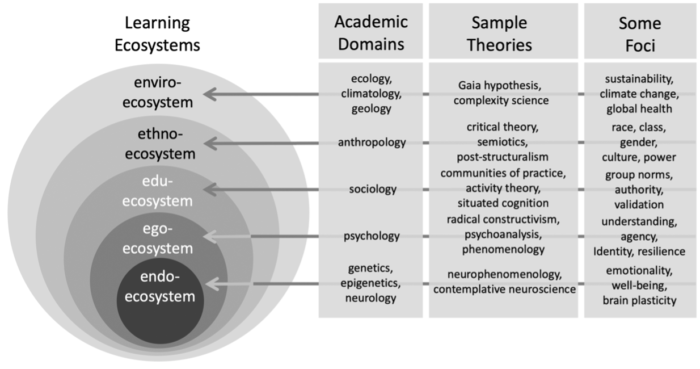 Complex Systems Research is not a theory of teaching.

Complex Systems Research is a robust are of scientific inquiry.

Please cite this article as:
Davis, B., & Francis, K. (2022). “Complex Systems Research” in Discourses on Learning in Education. https://learningdiscourses.com.