The Social Model of (Dis)Ability considers social and cultural contexts in the identification and valuation of differences. This model is often contrasted with the “medical model” of Learning (Dis)Abilities Theories, by which perceived academic strengths or weaknesses are treated as traits of the individual learner.

There is a long history of interpreting learning in terms of the latest technologies. Examples include writing on a tablet, taking photographs and films, and making connections on a telephone switchboard. Brain-as-Computer Discourses represent an uncritical continuation of this trend, through which knowledge is reduced to information and learning is cast as inputting and manipulating that information.

Creativity Discourses comprise dozens of perspectives that are concerned with the processes associated with generating something new and valuable – both material and conceptual.

“Learning as acquisition” – the Acquisition Metaphor – is probably the most commonly invoked learning metaphor in English. It is evident in such phrases as “grasping the point,” “taking things in,” “getting it,” “picking things up,” “hard to swallow,” “remember this stuff,” and “cramming for the test.” It is not theoretically sophisticated, relying on the assumption that knowledge comprises externalized objects, and asserting that learning is a process of moving those objects from the outside to the inside.

Motivation Theories are attempts to explain the “why” of human action, and most of them are developed around lists of factors. It is difficult to offer overarching categories of these theories, but we find a trio of distinctions to be helpful: Extrinsic Motivation vs. Intrinsic Motivation; Conscious Motivations vs. Unconscious Motivations; Drives/Needs/Desires Theories vs. Cognitive Motivation Theories. Over the past half-century, trends in formal education have shifted from extrinsic, unconscious, drives/needs/desires to intrinsic, conscious, cognitive.

Cognitive Processes are brain-based phenomena that are associated with generating new knowledge and using established knowledge. Typically, lists of Cognitive Processes include such phenomena as attention, formation of knowledge, memory, judgment, evaluation, reasoning, computation, decision making, comprehension, and language use.

Activist Discourses are focused on interrogating the entrenched narratives and structures that infuse, lend support to, and help to perpetuate social norms and cultural institutions. Oriented by the conviction that there are no “neutral” acts or ideas, and critically attentive to the collective roots of personal convictions, Activist Discourses aim for deep understandings in order to inform and orient justice-oriented thinking and acting.

Spatial Reasoning encompasses an extensive range of abstract skills that are directly linked to physical actions or relations. It is the ability to use body-based actions and positionings as tools to interpret and reason. It is recognized as a necessary grounding for highly abstract competencies. For example, formal logic relies on images of containment – that is, of imagining items contained in (or not contained in) other items.

Neurodiversity is a perspective on individual difference that casts such conditions as autism and learning disabilities not as deficits or disorders, but as variations to the human genome that may be vital in the survival of the species. Neurodiversity is thus both a theory of difference based on evolution and a social justice movement that locates neurological difference alongside gender, ethnicity, sexual orientation, and other broadly recognized diversities.

Folk Theories exist within every realm of human engagement. They are, in effect, uncritical and often-indefensible principles of action and interpretation that are woven through everyday language and broad cultural sensibilities. In effect, most of the past 150 years of research into learning has been focused on exposing Folk Theories and exploring more conscious and scientifically robust alternatives.

Cognitivism is explicitly developed around the metaphor “brain as computer.” It thus focuses on how information is acquired, processed, and organized. Learning is seen in terms of integration of new information into existing structures through processes of internal codification.

The study of mind and behavior.

Nativism asserts that personal knowledge, understanding, and ability are innate rather than acquired or developed. It is rooted in Plato’s “Innatism,” which asserted that one cannot learn what one did not previously know. Hence, all learning is merely remembering or recalling. Nativism embraces the same notion, but frames it in terms of genetics and psychology, arguing that beliefs and knowledge are programmed into minds.

Realism is the idea that the one’s perceptions of the world are accurate – that is, one’s senses provide direct awareness of the world as it really is.

Differences among individuals used to account for differences in learning

Discourses on ability and disability draw on a wide range of metaphors, but conceptions trend strongly to notions consistent with Folk Theories. Two old, but still prominent metaphors are “ability as capacity (i.e., amount that can be held)” and “ability as speed,” and others are developed more below. Since the mid-1900s, Brain-as-Computer Discourses, especially Cognitivism and Cognitive Processes, have been especially influential in framing the Medical Model of (Dis)Ability, and so the following cluster of metaphors are currently pervasive in discussions of ability and disability. The are many metaphors associated with ability (and, by implication, disability), each tied into grander webs of metaphor used to interpret learning. Some of the more prominent examples include: The assumption of measurability, which is present in most of the above metaphors, is essential to the Medical Model of (Dis)Ability. Specifically, that assumption aligns with the popular conviction that mental abilities are like physical attributes – and so can and should be measured, along with the belief that such measurements must be normally distributed. Underlying constructs and associated discourses include: 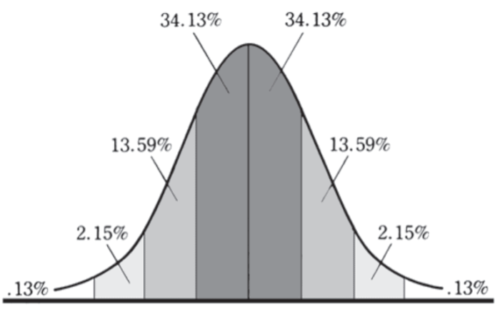 Sampling of Models and Types of Intelligence (listed in chronological order, by decade)

A not-always acknowledged subtext in these discussions is that there is no broad consensus on the meaning of “intelligence.” The following definition, while far from universally accepted, fits with most uses of the word that align with the Medical Model of (Dis)Ability: Overwhelmingly, models and measures of Intelligence within the Medical Model of (Dis)Ability are Factor Theories: With that in mind, the following are among many, many efforts to provide deeper insight into Intelligence: aaaaModes of generating of IQ scores include: As for rankings of intelligence, many suggestions have been put forward. Some constructs with broad acceptance (although only modest general agreement) include:

Sampling of Measures of Ability (listed in chronological order of original development, by decade)

In formal education, “achievement,” “intelligence,” and “ability” are commonly distinguished – and their defined differences are especially obvious in the sorts of tests and tools created to measure them. Achievement is principally about student progress in a program of studies (see Assessment and Evaluation for an overview of associated emphases and tools); whereas “intelligence” is typically about assumed-to-be-innate intelligence (see the previous section). Most often, ability is understood to involve both achievement and intelligence: The following is a sampling of Ability Tests (listed chronologically): More recently, “perception” has been taken up as a type of ability:

Sampling of Measures of Aptitude (listed in chronological order of original development, by decade)

Sampling of Types of (Dis)Abilities

Sampling of Types of Learning and Developmental Disorders (listed in chronological order, by decade)

Disorders are distinguished from delays: As well, developmental disorders are distinguished from acquired disorders: Developmental Disorders are typically identified and assessed in terms of variances with expected development. Relevant constructs include: Disorders are typically classified according to their bases: That said, opinions can vary massively as to whether a particular disorder is Organic or Psychogenic, and in most cases there is consensus that both psychological and physiological factors are at play. Consequently, unless the basis of a specific disorder is known with certainty, it is usually described as a Functional Disorder. Commonly diagnosed disorders include: Less clinical, but much more common “diagnoses” associated with entrenched practices of measurement and prediction  include:

Sampling of Sorts of Response/Intervention

While it might appear that the above entries present a great deal of conceptual diversity, with regard to implicit assumptions on and metaphors of learning, they are surprisingly similar. – as we have attempted to demonstrate with the list of metaphors near the start of this entry. For the most part, the Medical Model of (Dis)Ability is closely aligned with Correspondence Discourses. For example, a majority assume such dualisms as inside/outside, mental/physical, self/other, and individual/collective. As well, most explicit references to learning invoke Folk Theories (e.g., the Acquisition Metaphor, the Attainment Metaphor, the Illumination Metaphor) or Brain-as-Computer Discourses. Given the strong tendencies toward the sorts of metaphors identified above, it should perhaps not be surprising that the Medical Model of (Dis)Ability is usually associated with strategies to measure and rank. (That is, the above metaphors are readily interpreted in terms of physics, and thus lend themselves to acts of quantification and comparison.) By contrast, conceptions of (dis)ability associated with Coherence Discourses tend to be framed more in terms of growth, expansive possibility, and fitness as they reject the dualisms that infuse the above models. By way of illustration, a Neurodiversity critique of disability and disorder frames has risen to prominence over the past few decades. It rejects the “deficit model” of the learner assumed across most constructs associated with the Medical Model of (Dis)Ability, and it argues that perceived (dis)abilities are indicative of a pool of diversity that is necessary for the survival of the species. That perspective is bolstered by observations that definitions and classifications of (dis)ability vary dramatically across cultures. Some psychologists have responded by tweaking definitions of (dis)ability to include consideration of situation. However, so far, few of those revisions interrogate foundational metaphors and assumed dualisms. Additionally, the simple fact that the multi-billion-dollar industry of intelligence testing is regularly compelled to recalibrate its measures is often cited as an indication of flawed and constrained thinking. Consider, e.g.,

For the most part, the Medical Model of (Dis)Ability is deployed as a cluster of perspectives of learning.

In general, the Medical Model of (Dis)Ability is not explicit identified as a discourse on teaching, but most of its associated discourses and constructs are routinely invoked to inform or justify pedagogical approaches and curriculum emphases.

Despite the fact that massive research and marketing industries have arisen around the Medical Model of (Dis)Ability, the general failure to interrogate foundational assumptions means that the model itself and few of its associated discourses meet our criteria for scientific theories.

Please cite this article as:
Davis, B., & Francis, K. (2022). “Medical Model of (Dis)Ability” in Discourses on Learning in Education. https://learningdiscourses.com.